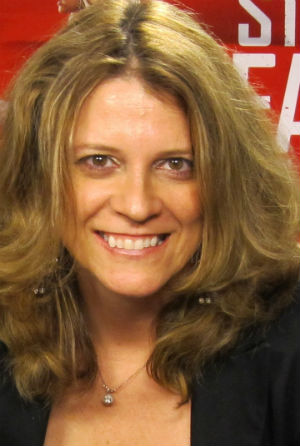 Michelle F. Solomon is a syndicated movie critic, whose reviews appear on 52 local television websites across the U.S. and Hawaii for Internet Broadcasting Systems. In Florida, her weekly reviews are on Local 10.com in Miami, Local 6.com in Orlando, WJXT.com in Jacksonville, and WPBF.com in Palm Beach.  She’s a movie critic and theater critic for MiamiArtZine.com, and is also a theater critic for Florida Theater on Stage, and a member of the American Theatre Critics Association.

Michelle appeared on air as entertainment reporter/producer and movie critic for Local 4 in Detroit. Her segment, The Entertainment Insider, took her to London to interview Brad Pitt and Reese Witherspoon and L.A. and New York, where she interviewed every movie star from A to Z. Behind the scenes, she’s been an Executive Producer/New Media at WPLG-TV, Local 10, Miami, and as a consultant at KPRC-TV, Houston.

Originally from Pennsylvania, Michelle is a graduate of Emerson College in Boston and received her master’s degree from the State University of New York at Albany.