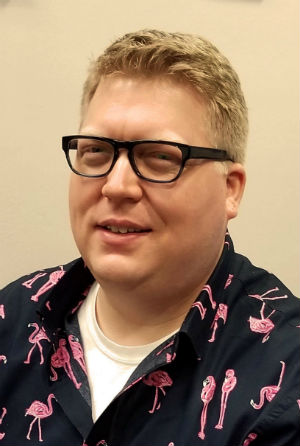 From a young age, Pavel Klein was a film geek; therefore, it was an easy decision when he chose to back up his filmic obsessions with some official accreditation. To that end, he studied at the University of Miami where he received a B.S.C in Film Production and an M.A. in Film Studies. He is a fan of entertainments both high-brow and low, likely to expound on the brilliance of golden-era Hollywood while watching his well-worn VHS copy of Hard Boiled. Pavel writes film reviews for punchdrunkmovies.com and jitneybooks.com, and has provided commentary and film reviews for WPSL 1590 AM in Port St. Lucie, Florida. His writing can also be found on his blog, writepavelwrite.com, and on any available space where he is sure to be found scrawling “Flynn Lives” in his spare time.